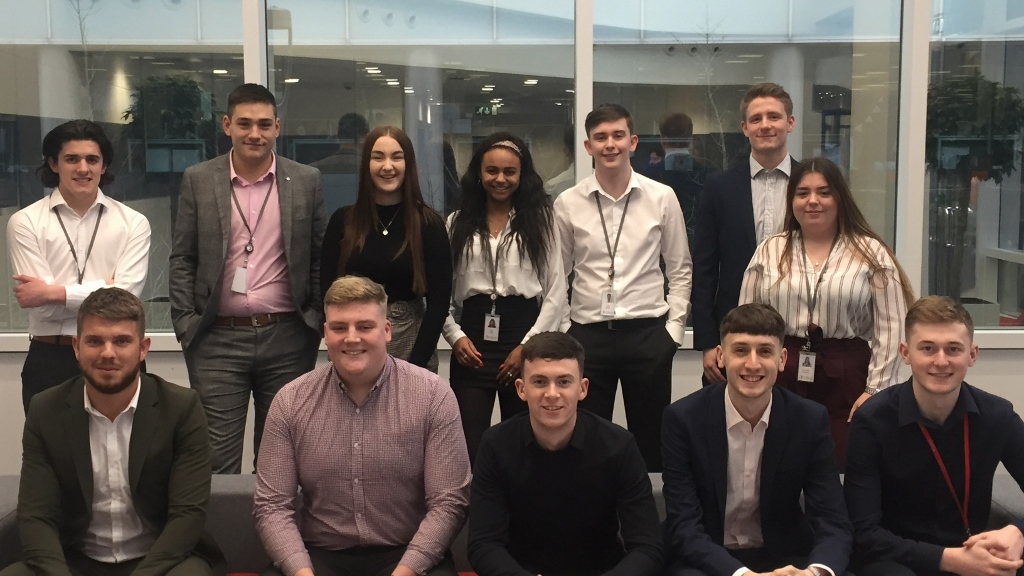 The investment platform, AJ Bell, has launched the application process for the 2019 intake to its successful apprenticeship scheme, which this year is offering up to 15 places in the North West.

Manchester-headquartered AJ Bell is opening the application window to coincide with National Apprenticeship Week, which runs until Friday 8th March. Successful applicants will start in September.

This will be the third year of the scheme and the company is offering a larger number of opportunities to highly-motivated young people.

AJ Bell is also expanding the programme to include its technology services department as well as the existing investment operations apprenticeships.

The new technology services apprentices will be studying for a degree (BSc) in digital and technology solutions with Manchester Metropolitan University as well as working and learning on the job over a four-year programme.

The first cohort of apprentices, who joined in 2017, have begun their third and final rotation in the company’s customer services department. They are working towards a successful completion of their programme and a graduation ceremony in the summer. Last September’s intake have already enjoyed success in their first Investment Operations Certificate exam run by the Chartered Institute of Securities & Investment.

“Our apprenticeship scheme has been a great success and we are looking forward to welcoming the new intake later this year as well as introducing our exciting Technology Services apprenticeship.

“From AJ Bell’s perspective, one of the benefits of supporting apprenticeship schemes is that we are able to attract highly-motivated, talented young people at the beginning of their careers.

“By offering an alternative to full-time university study, apprentices enjoy earning a salary while training on the job, and we hope that this will be the start of successful careers for them at AJ Bell.”