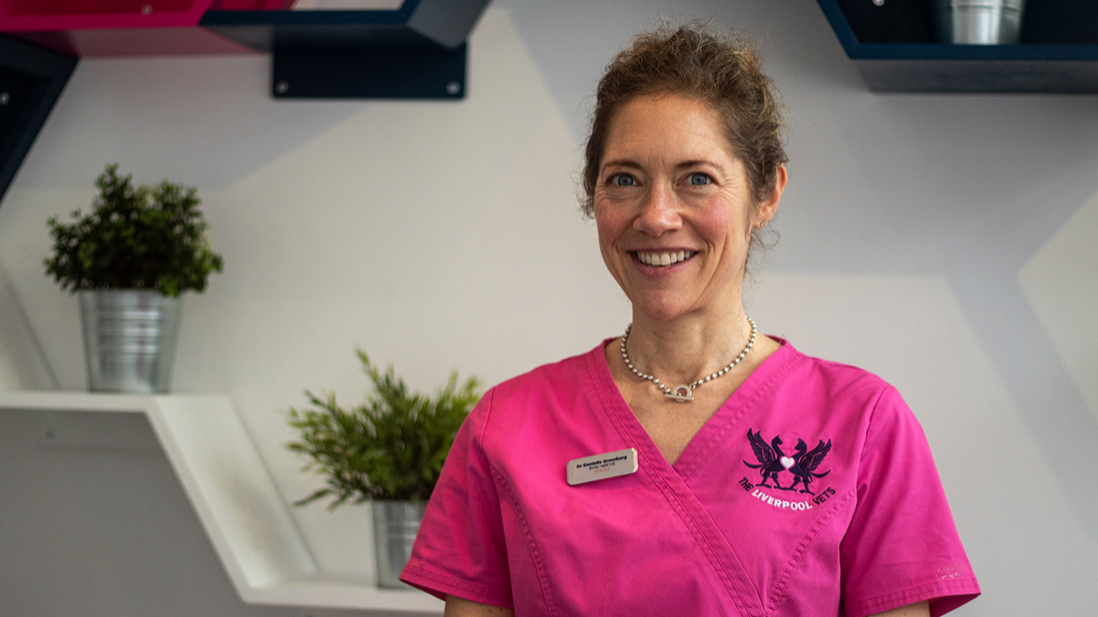 Set up by former Animal Hospital Veterinarian, Danielle Greenburg, The Liverpool Vets is an independent community veterinary practice. Danielle set up the practice in the Basic Triangle area of Liverpool in 2018 but has already been nominated and won the Vet help Direct award for Best New Start Up 2019.

The practice has already been making waves in Liverpool due to its community outreach and work with local charities including their involvement with homeless people, treating their dogs, supporting local re-homing centres and their education drive to reduce the number of people bitten by dogs. The Liverpool Vets also work with schools and teaches children about caring for pets and nurturing healthy, happy pets and creating safe environment for them to live.

Although the Best New Vet Start Up award is an indication of the practice’s impact, success is measured through the eyes of the community and the amount of customer reviews they have garnered in such a short space of time.

Dr Greenburg said: “We are ecstatic to win Best New Start Up. We are a small group of experienced and dedicated veterinary professionals that have come together with a shared mission to establish and deliver a truly outstanding veterinary clinic in our city”.

“It is great recognition for the team to win this award, which is based on customer reviews. I hope this encourages others to set up on their own and show how even in a short amount of time you can build a great reputation for your practice and make a genuine difference to the animals in your community.”

The Liverpool Vets & its Focus on Community Outreach

After 20 years as a vet, this is all part of Danielle’s ethos and how she envisages what a Veterinarian practice should be and its role in the community. Danielle has described how the move towards more corporate environments has had a negative effect on customer relationships and how that was one of the major drivers in her opening an independent practice in the heart of Liverpool’s creative district.

Danielle was determined to open a local community-focused practice in her home city: “I feel so passionately about the city, and the changes in the veterinary profession with everything becoming more corporate I wanted to be independent, very community focused and city focused, that’s why I decided about to set up my own practice.”

Danielle’s vision became a reality dream in November 2018 when The Liverpool Vets opened its doors for the first time in the Baltic Triangle – the fulfilment of a lifetime ambition and one she had nurtured since childhood: “It’s one of those classic vet stories, I grew up in Liverpool, we had a family dog, but I just always wanted to do it, I can’t explain why. It was either becoming a vet or being in Destiny’s Child!”

Danielle’s dual ambition which was to become closer to reality than expected when (after years of extensive training) Danielle was asked to become a vet on the TV show Animal Hospital which she recalls fondly: “It’s a funny story, I was working in York but missing home and this job came up in Manchester at the RSPCA. At the end of the interview, the manager said ‘right you’ve got the job, but how do you feel about being on television?’. That’s how it all came about.”

“It was great everything was filmed in the hospital, edited in the hospital and the first season even won a BAFTA, we just showed them everything…the blood, the guts, the tears, the happiness, just raw emotion which came across well.”

After three seasons of appearing on the hit TV show, Danielle returned to a more traditional form of veterinary practice and has established a practice here in Liverpool that has been winning not only awards but rave reviews from the Liverpool public.

A Local Liverpool Practice that is Always Ready to Help

Danielle and her colleague Brett Donnelly work tirelessly at their city centre practise as well as their community work and can be found the first Wednesday of each month reaching out to homeless people and tending to their pets. If you would like to get involved or know someone or an organisation who could benefit from The Liverpool Vet’s outreach work, then please feel free to get in touch with them and they’ll be happy to help.