Founder And Chairman Of JCT600 Honoured With An OBE 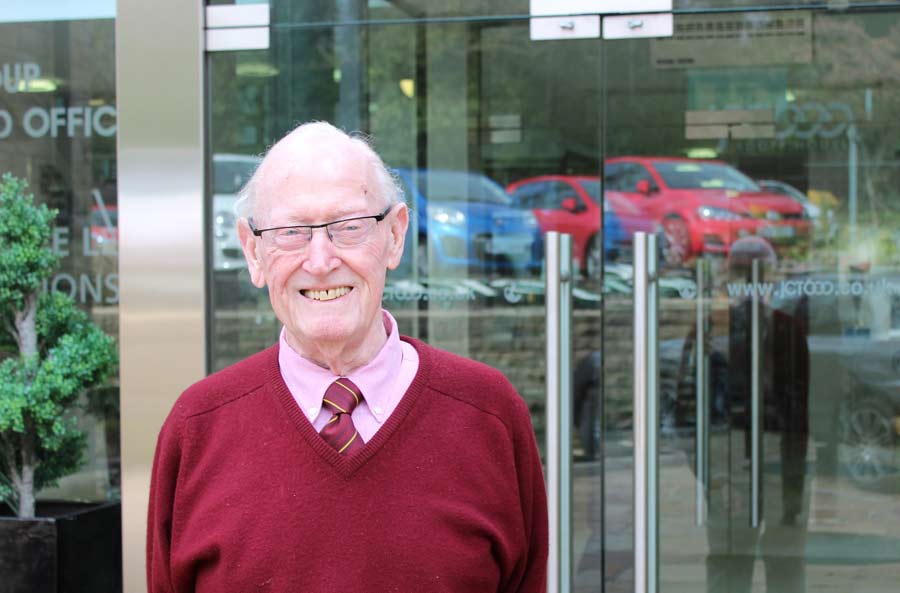 Jack Tordoff, the Founder and Chairman of the Yorkshire-based motor retailer JCT600, has been presented with an OBE by HM Lord-Lieutenant of West Yorkshire, Ed Anderson, in recognition for his services to business and the community in West Yorkshire.

Jack, 83, is one of the region’s most respected businessmen having built JCT600 from a single dealership on Sticker Lane in Bradford into one of the largest privately-owned businesses in the UK. Thought his long career that has spanned for 68 years in business, he has received a plethora , including an MBE in 2007 and has now been made an Officer of the the British Empire (OBE).

Jack was presented with the award at a ceremony held in Bowcliffe Hall in Bramham, Wetherby, on the 23rd October following the announcement in Her Majesty’s 2018 birthday honours list in June.

Over its 72 years, JCT600 has constantly contributed to the communities in which it works, whether it’s supporting local sports clubs or various charities close to colleagues’ hearts. The company has been the main sponsor for Bradford City for the last 10 years and also sponsor the Bradford and Bingley Rugby Club. Not only that, but it is currently a patron of The Prince’sTrust.

“I’m fortunate to have enjoyed a fantastic career and I am tremendously proud of what we have at JCT600. To have now been given this award by Her Majesty is the ultimate honour and I believe to the hard work, grit and enterprise for which Yorkshire is famous.

“I am very grateful he people who work with me every day, both past and present, and who have helped me to grow JCT600 into Yorkshire’s biggest private company and to achieve this honour. From the bottom of my heart, I thank them all – they are the best.”

“I am Bradford born and bred and have never lost sight of my roots or how important it is for successful companies to give back to their local communities. With my children and grandchildren now working in the business, I know that we will stick to the values which have set us apart and continue to always put the customer first. I remain a proud Yorkshireman, and never more so than today.”