How Some Of The World’s Most Successful Entrepreneurs Were Rejected 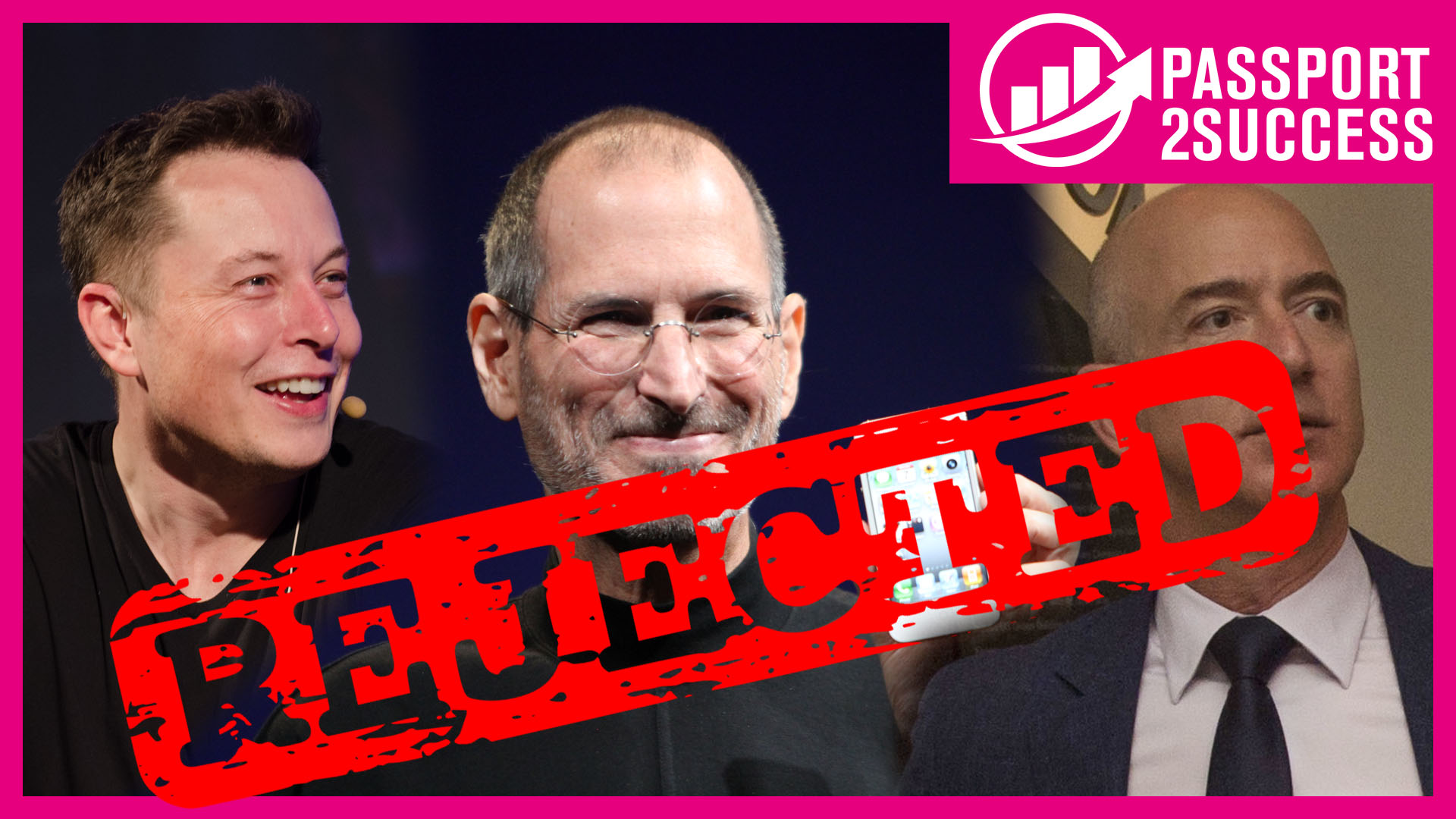 As a business owner you’re going to be rejected at some point, here’s how some of the world’s most successful entrepreneurs were rejected and how they managed to move on.

You can’t make a business overnight, it takes time and you are bound to face rejection and failure, but it’s how you recover that can define how successful your business is.

Everyone knows who Steve Jobs is and the huge amount of success he had at Apple, becoming a tech icon. But before all of the success that came to him he had a difficult start.

He had a famously combative leadership style that in 1985 actually saw him get fired from the company he founded, Apple! The board of directors then decided to have him return in 1997.

“I didn’t see it then, but it turned out that getting fired from Apple was the best thing that could have ever happened to me. The heaviness of being successful was replaced by the lightness of being a beginner again, less sure about everything. It freed me to enter one of the most creative periods of my life.”

The co-founder of Tesla, SpaceX, The Boring Company, and PayPal, whilst all successful in their own right, Elon has suffered huge number of rejections and missteps.

He was fired from his CEO position at PayPal over a reported disagreement with the board over a strategy and his early attempts at building an aerospace business saw him constantly rejected by Russian entities who refused to sell him any rockets.

But even after all of this rejection and failure, he went on to build something new and is constantly expanding his portfolio and reaching for the stars.

The founder of Amazon and one of the richest people in the world hasn’t had it all his own way.

He had to raise $1 million for Amazon, the internet giant of today, and had 60 meetings to do so, with 38 people passing on Bezos’ business and only 22 people agreeing to provide him with approximately $50,000.

But it wasn’t as easy as that, Jeff said “It was nip and tuck whether I was going to be able to raise that money. So, the whole thing could have ended before the whole thing started.”

A lot of people know and love the Harry Potter books and who wrote them, but Rowling had countless rejection letters she’s received over the years, even with the famous Harry Potter series, which was rejected 12 times before Bloomsbury agreed to publish it! A great show of persistence and how not giving up can lead to a multi-billion-pound franchise.

Even if you face rejection early on, through persistence, hard work and determination you could grow your business, franchise or organisation in to a multi-million or even multi-billion pound entity. Don’t let a couple of early rejections or setbacks control the rest of your journey, keep working hard and stay motivated, all you need is that one golden yes.