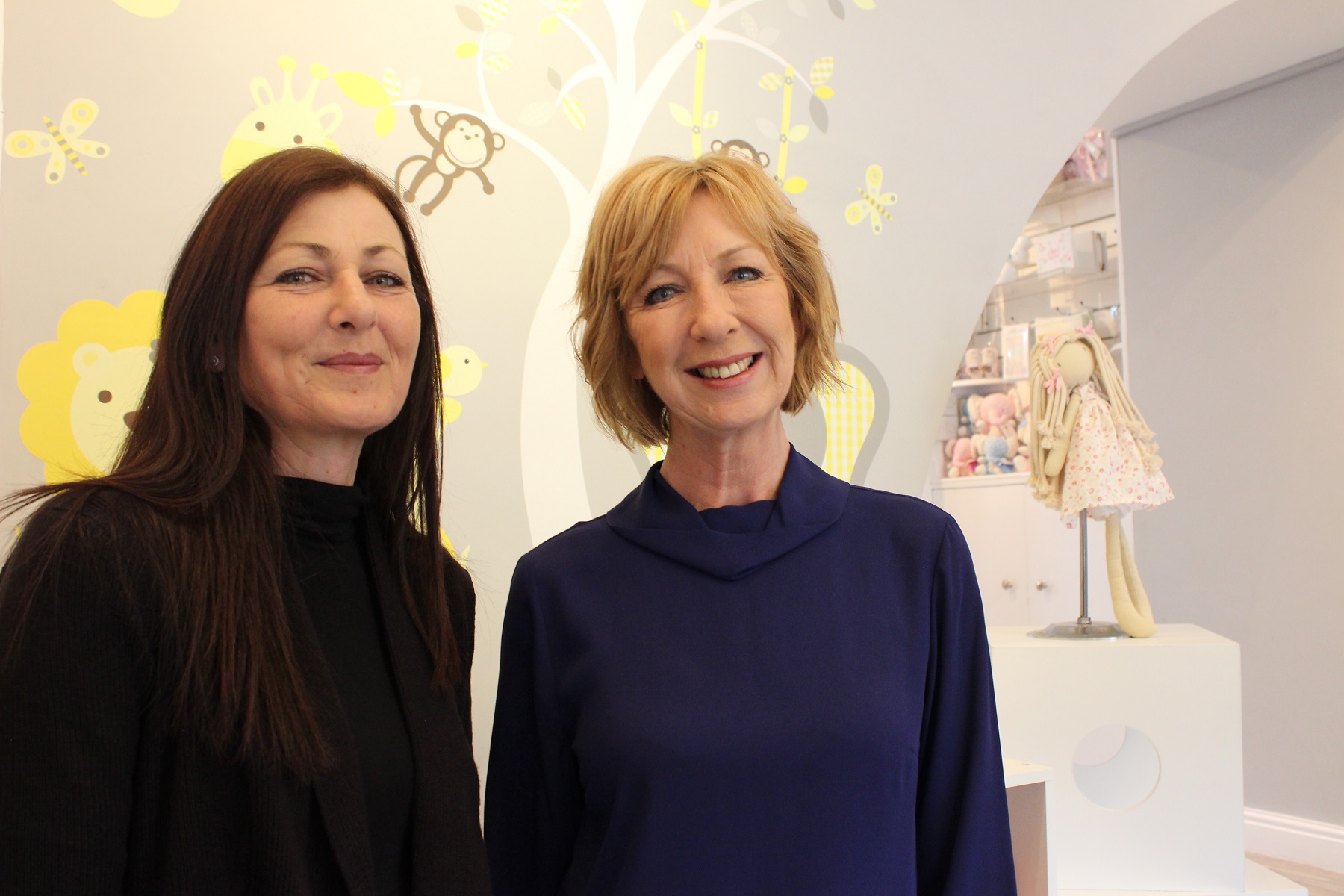 It was something they dreamed of when they were young, and now two sisters from Huddersfield have fulfilled their lifelong ambition and launched a baby boutique together.

Linda Holmes-Phayer and Gayle Phayer-Thompson have just finished an intensive three-week refurbishment of their 500sqft space on Westbourne Road, Marsh. And now, only 1 mile away from where they grew up in Salendine Nook, Luna’s has opened its doors to the public.

Selling 0-2 year-old clothing, gifts and baby shower accessories, the two-storey boutique stocks high quality yet affordable products that the sisters felt were lacking from the high street. So Linda hung up her scissors after 40 years as a hairdresser and Gayle completed her final shift in a senior role at nearby The Oakes Care Centre, to make their childhood dream a reality. £16,000 of investment later, all eyes are on the future of their new venture.

The pitter patter of tiny feet has continually brought the idea to the fore over the decades, particularly when Gayle had her two children Eleanor and James – now 20 and 19.

“For years we’ve talked about the limited choice on the high street, especially when compared to wider Europe,” she explained. “Supermarket lines have brought newfound affordability for parents, but sometimes this comes at a price in terms of quality, or clothing that is a little different – especially for boys. That’s why we’ve thought carefully about the babywear and gifts that we stock. We’ve tried to find things that you won’t typically be able to buy in local bricks and mortar shops.”

Linda, who has three young granddaughters and a grandson on the way, continued: “There are some amazing brands out there, that design incredibly beautiful outfits. But the more unusual clothing is often more expensive.

“Then there are the niche ecommerce sites that seem to pop up all over the internet, but many people are nervous about their purchase, particularly if it’s coming from overseas – plus they miss out on the experience of buying in a boutique environment. We’ve tried to bridge the gap and offer something for everyone.”

The co-founders have decorated the premises from top to bottom – complete with new branding courtesy of FASTSIGNS Huddersfield.

“We’ve gone for light, muted tones to create a tranquil space for parents and babies alike,” concluded Linda. “We want it to feel like a welcoming and friendly place where people can pop in for a browse and a chat.”

Expansion is already on the cards, with the upper floor set to be renovated in the not-so-distant future and sizes to span from 0-6 years old when further suppliers can be found.