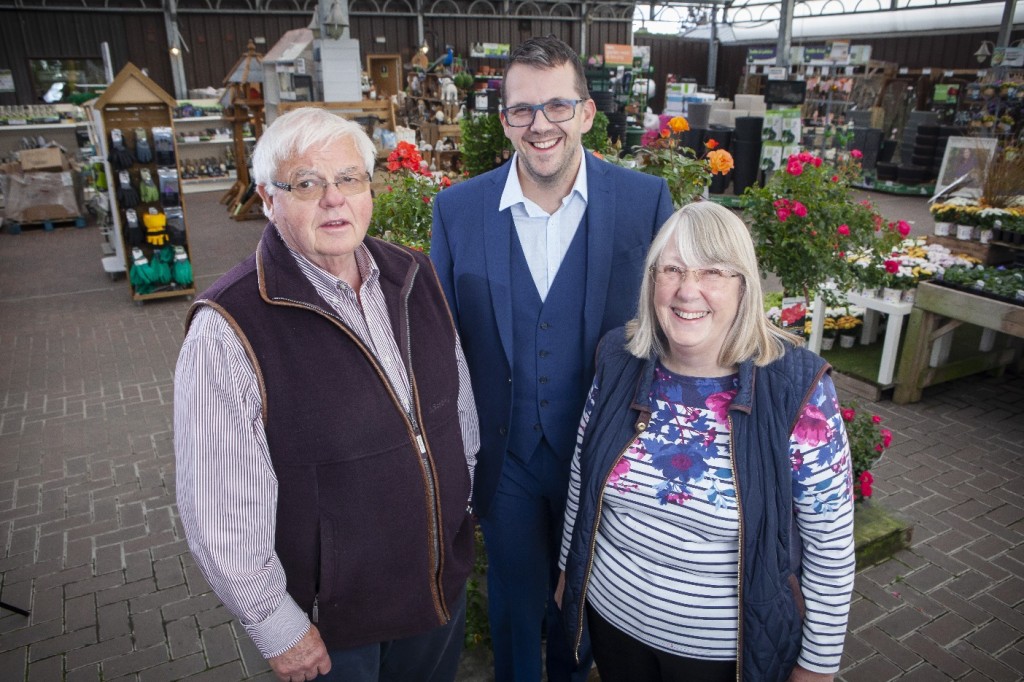 A Yorkshire-based garden centre business is looking to the future as its ownership passes down to the third generation of the same family.

Langlands Garden Centre, which has three sites it trades in, York, Leeds and Sheffield, has been acquired by James Ducker, whose grandfather, Walter Ducker founded back in 1955. James’s parents, Janet and Robert will continue to be involved in the business.

This deal sees Walter’s son, John Ducker retire from the business he’s spent 54 years tending to whilst John’s son Ian, who has also been there for a number of years, will leave to pursue other interests.

For over 60 years, Langlands Garden Centres have grown and sold millions of plants to customers throughout Yorkshire and the rest of the UK. The business started out life as a small nursery in Bingley, before moving the current site in Shiptonthorpe, outside York, which was purchased in 1964 to allow for expansion.

The business then diversified and opened giftware departments, farm shops coffee shops, café bars and award-winning eating outlets that has encouraged customers to return for over half a decade. Then two further sites were opened in Leeds and Sheffield and then in 2016, the business bought a nursery in Holme to help develop and expand their range and quantity of plants grown.

With Walters passion, skill and local acclaim, it meant that the business went from strength to strength and continued to grow throughout the years. This month, James Ducker became the majority shareholder, with his father Robert, retaining a minority shareholding.

“I would like to thank my parents, Robert and Janet, wife Rebecca and daughters for all their help and support over the last year. I am looking to the future and taking the business forward with the continued support of my parents. After almost 30 years in the business I can honestly say that I love coming into work every day, and this is down to our amazing team and loyal customer base.

“For our customers, it will be very much ‘business as usual’, and our enthusiastic, knowledgeable team will continue to be on hand to help and answer questions about our products and services.

“Looking further ahead, I’m keen to make more of our nurseries and develop the food offering across the business, with more of a ‘field to fork’ focus. I know that with the team’s long-standing industry experience and expertise, customers will continue to benefit from the same high standards of service and support that we have endeavoured to provide throughout our 63-year history”.

On his retirement, John said:

“Ian and I, together with our wives Sarah and Eileen, would like to thank all Langlands staff both past and present for all their hard work and support over the last 54 years. It is greatly appreciated, and we wish them and the business every success. Thanks also to Tony Farmer of Garbutt & Elliott and Martin Frost of Lupton Fawcett for all their help and support throughout the transaction.”

0 responses on "Langlands Garden Centre Looking To The Future"