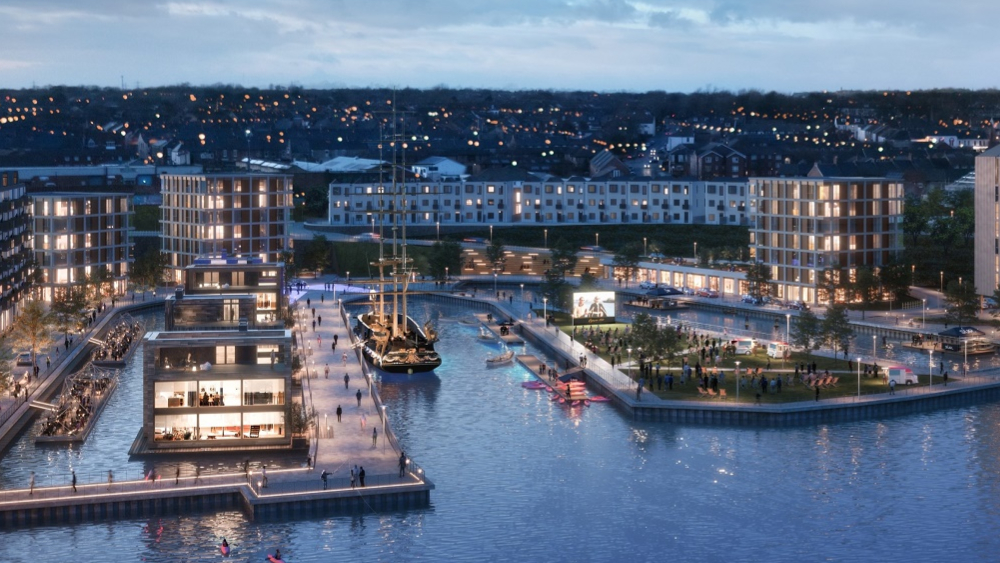 North East independent estate agency Sanderson Young has seen a bounce in property activity and enjoyed some of its strongest months of trading in the start of 2019.

Established by Duncan Young around 20 years ago, the agency has bounced back from a tough trading year in 2018 where many estate agents saw a lack of properties coming onto the market and uncertain levels of demand.

In Alnwick, Sanderson Young moved premises outside of the Tower opposite the Playhouse, where the firm has acquired a double fronted shop giving the company one of the best window displays in Alnwick to display properties.

Duncan Young, chairman of Sanderson Young, said: “Despite Brexit, the cold, and snow, and the frosty nights, the housing market in 2019 has been anything but cold. We’ve enjoyed a cracking start to the new year, profits are on the rise but more importantly the housing market remains not just resilient but buoyant.”

Duncan said: “The launch of the show homes brought with it 10 new reservations in a couple of days, on top of 37 completing sales as the developer handed over Smokehouses 1 and 2 to the selling agents, giving us a total of 47 sales out of the 80 new flats which form part of Phase 1 of the riverside apartment buildings in this awesome development.“

Duncan said: “Our Hemingway Court development has secured seven great sales including one of the penthouses, proving the site to be a very significant addition to the local market. We knew as soon as the public could see inside these flats that they would really love their design style and convenience, being in the heart of the village centre. The Help to Buy scheme and the 1-bedroom affordable housing from £114,950 is a great starting point for local first-time buyers.”

He added it’s not just these two schemes proving popular on the new homes front, Lindisfarne Homes has also secured five sales on its luxury, stone and brick detached houses in Warkworth and Lesbury.

Gillian Greaves, manager of Sanderson Young’s newly relocated Alnwick office, commented “Since our new office in Alnwick opened last November, we have had record enquiries and leads for this time of the year.

“The new double shop front is bringing in the buyers and I’m delighted that these luxury 4 and 5-bedroom homes are selling so quickly at just over £495,000. An open weekend on February 16 and 17 provides the first opportunity to view the high specification homes in Lesbury.

“Also, in Northumberland, we have over 60 people registered and waiting for seven three storey detached townhouses and six three-bedroom dormer bungalows in Amble, close to the beach and harbour, coming soon from the High Street Group from £295,000. “

Duncan added: “The first few weeks of 2019 has really been a confident and fresh start for the company with fabulous sales across all price levels and, equally pleasing, our lettings colleagues are concluding some great check-ins for our waiting tenants, keeping all departments busy. Let’s hope the year continues to build on its super start.”