Should You Be A Sole Trader Or A Limited Company? 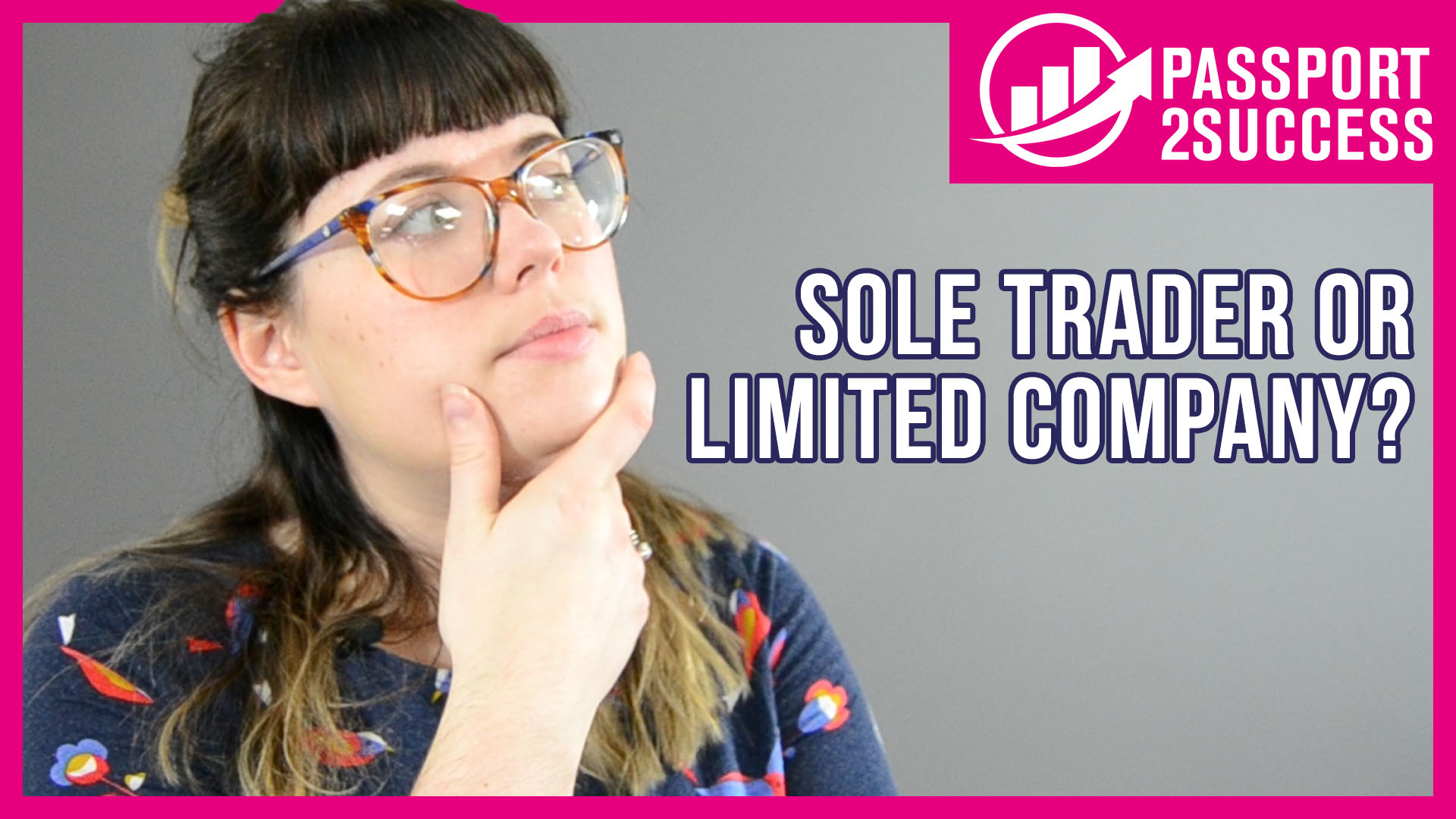 There are so many different things to think about when starting a business, but have you thought of how to categorise it?

Now I have a question for you, do you know the difference between a sole trader and a limited company?

When starting up the business jargon and subtle differences can be incredibly confusing. In this video we’ll talk about which is better for you, being a sole trader or a limited company.

First off, we’ll talk about being a sole trader, the most popular business structure and the simplest. With this, you’re the sole owner of a business and are self-employed, there’s very little paperwork (other than your annual self-assessment tax return) and you’re given much more privacy than incorporated businesses.

However, the biggest drawback to being a sole trader is that you, as a person, are personally liable for any debt the company accumulates and if things go wrong, you could lose personal assets such as your car or even your home.

Another disadvantage is that it can be can be tricky raising finance with banks and other investors as these much prefer limited companies. Plus, tax rates can be higher for sole traders compared to limited companies if you’re earning over a specific amount.

Now, a limited company has its own legal identity separate from owners, shareholders and directors, even if it’s run by just one person. You avoid the personal liability that comes with being a sole trader as the incorporation forms create a legal distinction between the business owner and their business. You only ever stand to lose what you put in to the company.

You’re also more tax efficient than sole traders, paying corporation tax on profits (not income tax as sole traders do). Plus, you’re given more allowances and tax-deductible costs that you can claim against your profits to bring the amount of tax you pay down.

As well as all this, once you’ve registered a company name nobody else can use it, unlike sole traders.

Running a limited company does have its drawbacks, you will now have to file a yearly annual return and annual accounts. Something that could be costly in time if you do this yourself, or money if you hire an accountant. You are also now listed on Companies House which shows directors details and company’s earnings, and when setting up the limited company you need to pay an incorporation fee.

For most companies becoming a limited company is going to be the better option. You get the added security of limited liability and it’s much easier to raise funds.

Are you a sole trader or limited company? Let us know in the comments below or on social, we’re on Twitter, Facebook and LinkedIn.

0 responses on "Should You Be A Sole Trader Or A Limited Company?"