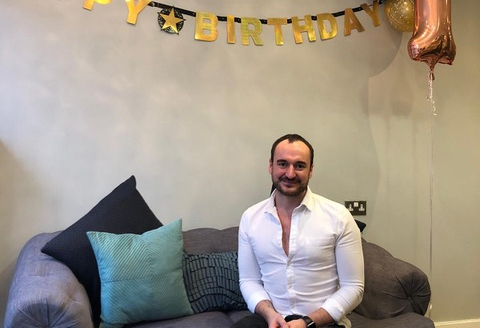 Stonehouse Salon & Spa, a chic boutique Aveda salon, celebrated their first year in Wigan by welcoming guests to the salon with birthday drinks and cake.

The salon is owned by Creative Director Craig Stonehouse and his partner Craig has strongly positioned itself in the centre of the Wigan community over the past 12 months by offering the very best in hair and beauty as well as working in collaboration with local businesses, the Council, community groups and the local college.

The salon, which is an official partner of Aveda and based on Library Street in Wigan, has grown to employ six members of staff and has welcomed over 500 guests through its doors.

“I cannot believe how quickly the first 12 months have gone. We’ve had the most amazing year and were so pleased to celebrate with all our customers and enjoy the birthday celebrations with them.”

Since first opening its doors, Stonehouse Salon & Spa has worked with local schools by participating in Q&A sessions for the children as well as providing free haircuts for children in foster care and supporting the local homelessness team, ‘The Brick’, in providing services for the homelessness population, to support them for applying for jobs or accommodation.

Stonehouse Salon & Spa was the only hair salon in Wigan to sponsor this year’s Wigan pride, by providing pop-up stalls with free glitter braiding and goody bags for anyone who visited the stall.