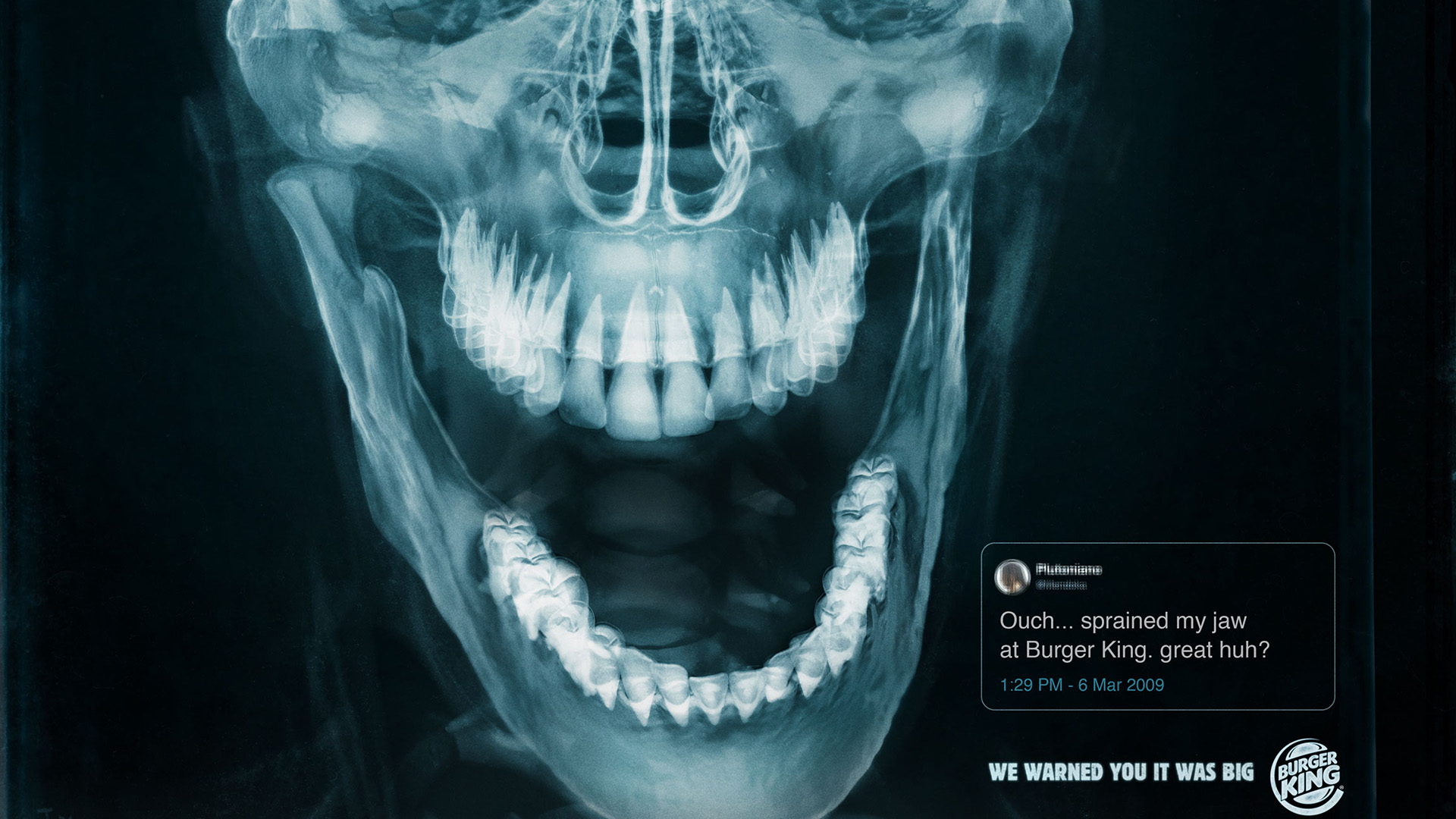 It’s that time again for Passport 2 Success where we present to you what our ad of the month is for April.

If you haven’t had a chance to see what our aotm was for March, you can find it here.

But we looked at a French Skoda ad and their new pet-friendly seatbelt feature they’ve introduced into their business to help save pets and anyone in the vehicle from awful injuries in case of an attack.

Anyway, you’re here for April’s ad of the month and after spending near enough a month analysing and examining some of this month’s best ads, we’ve finally agreed on our favourite.

Our ad of the month for April is Burger King’s X-ray ads.

Now we know what you’re thinking, “How does an x-ray and Burger King come together?”

Well if you go back to last year, KFC created an ad which x-rayed their chicken, showing that it was real chicken they were serving.

Burger King has done something very similar but instead of showing what in their burger’s they’ve created a tongue-in-cheek ad which shows x-rays of people’s jaws after eating one of their Whopper burgers.

You can find the images below: 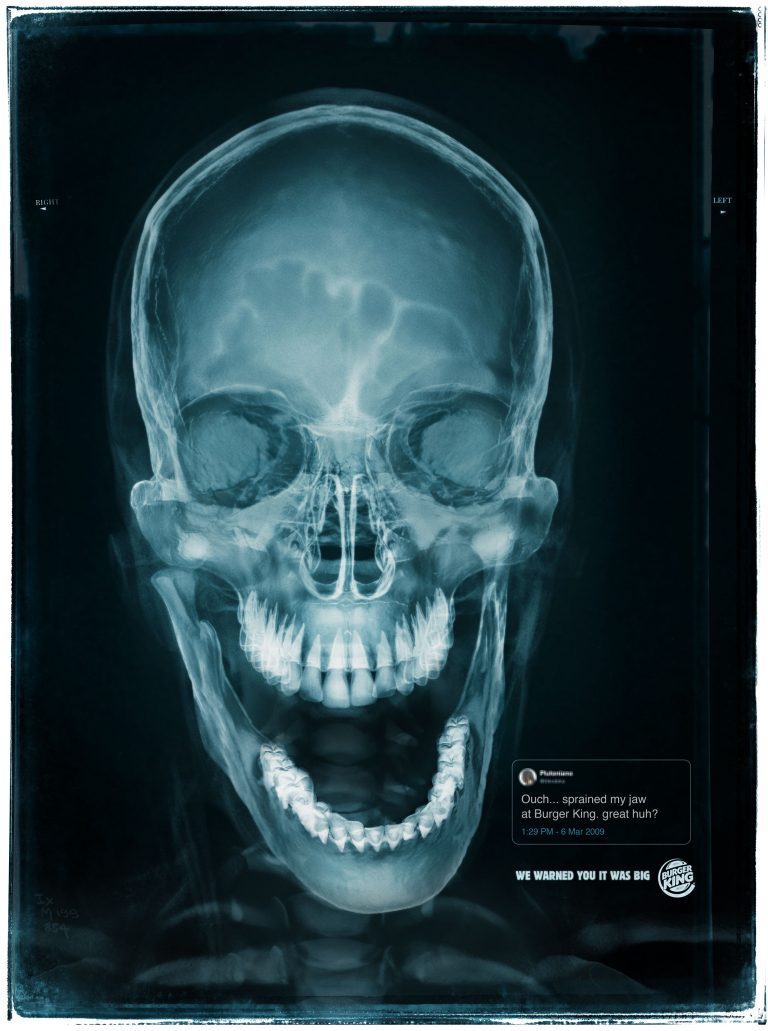 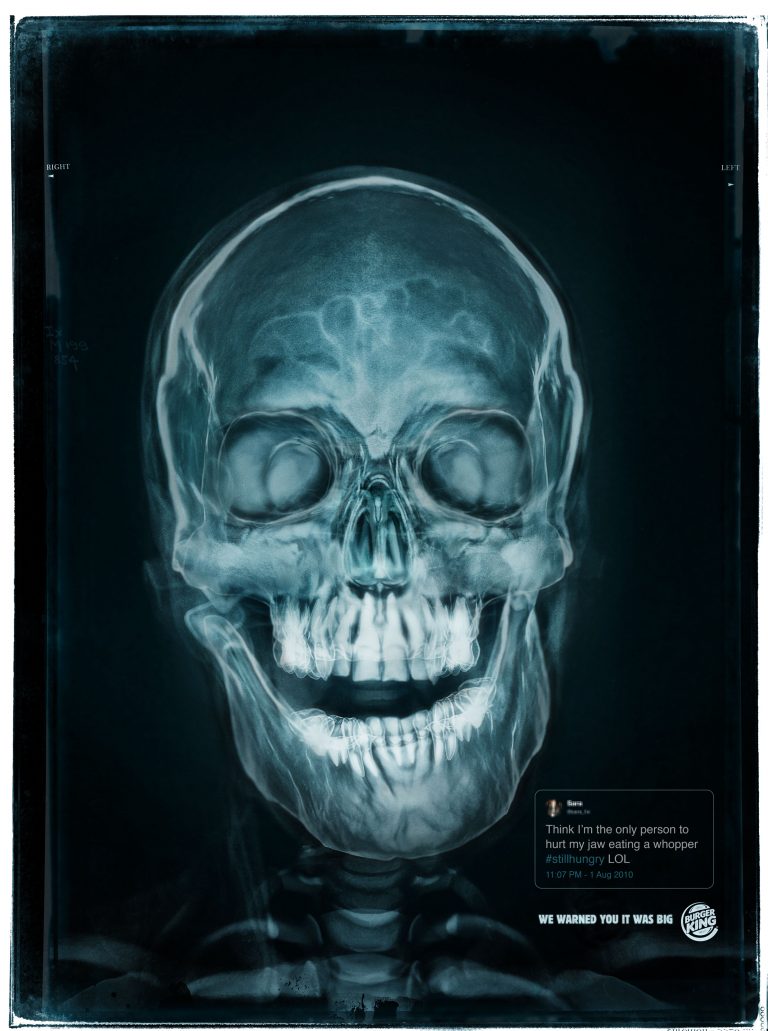 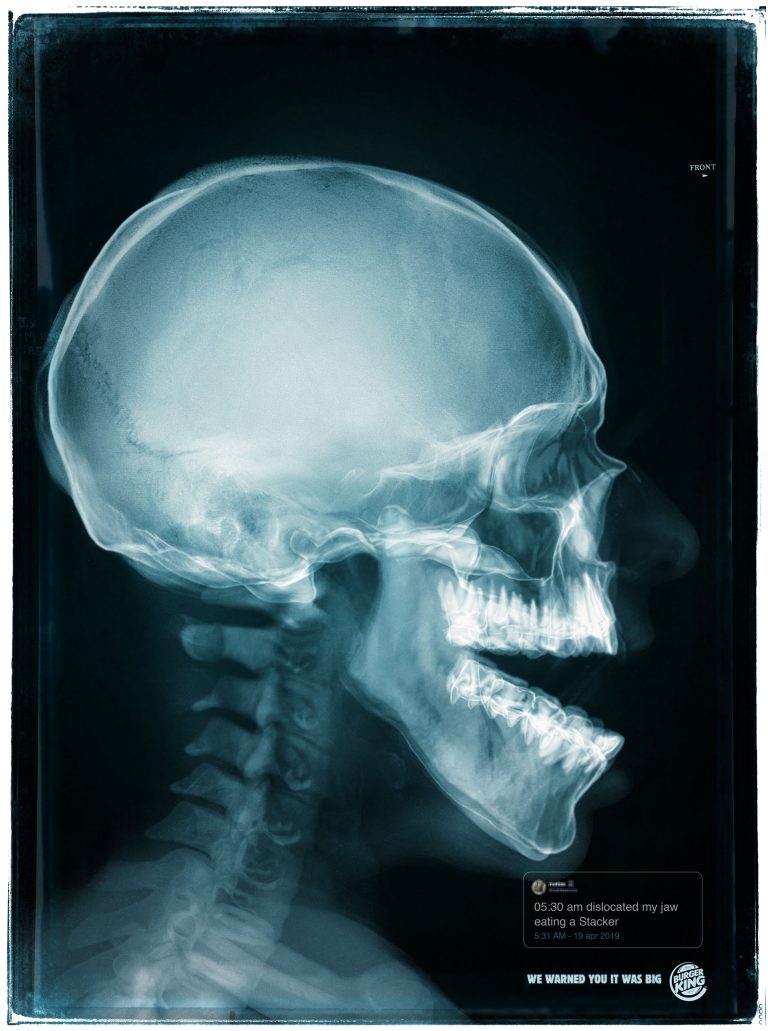 As you can see from the images, these tongue-in-cheek ads are a play on how big their Whopper burgers are and people who have had their burger complaining about jaw issues with Burger King then saying they warned them how big it was.

It’s a humorous ad which really shows the fun side of Burger King. What they’ve done is turn an ordinary burger ad into something that is funny that captures the audience’s attention as to why Burger King and an x-ray are being placed together.

The only complaint you could have about this ad is how realistically burgers you get from any fast-food restaurant are completely different from what they normally show. Which means that the Whopper probably wouldn’t actually ever be big enough to cause this problem.

But other than that, we think it’s a really intelligent ad which stands Burger King out from the rest. Great job!

0 responses on "Ad Of The Month April: Burger King"