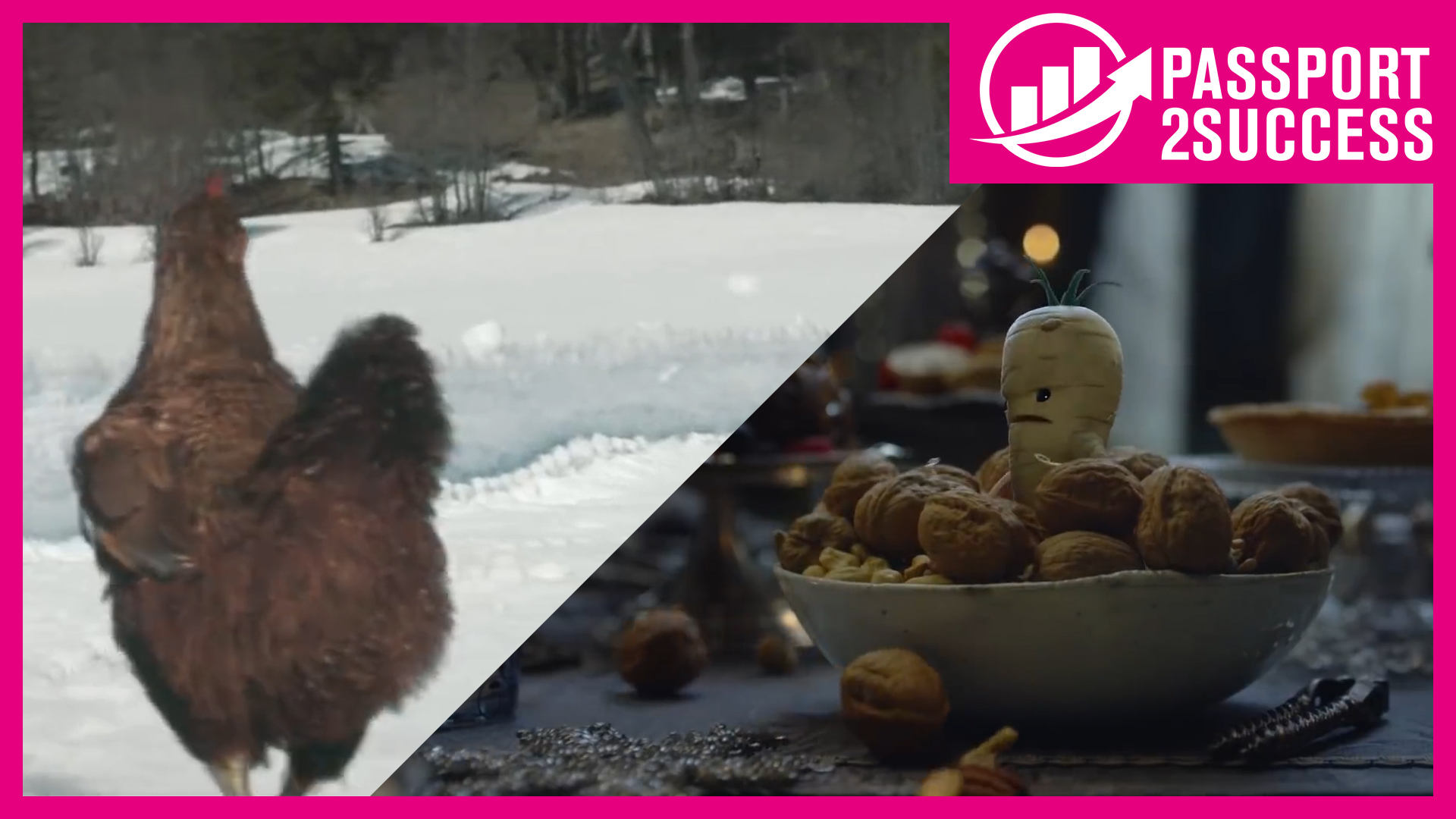 It’s the time of year where one of THE most talked about things, especially in the marketing world, are the Christmas adverts on the tele!

You’ve all seen them, in years gone by, some are memorable for the warm fuzzy feeling they give you, and others are not so great. And make you wonder how they spend all that money on that!?

In this video though, we’re looking at our top 5 adverts of this festive season!

Aldi has done a superb job this year with their adverts featuring the regular carrot character Kevin. This year has been more of a fairy tale, reminiscent of The Snow Queen, where our Kev fights a wicked Parsnip who own a magic mirror and saving his family.

All the while, selling food. They’ve created a premium aura/feel to their Christmas food, and also created quite a buzz around Kevin and his family. They launched the sale of Kevin soft toys, (including a MASSIVE one) and people were literally queuing outside stores before opening to get their hands on these exclusive plushies.

Next up we have Twitter UKs #NotARetailStore advert, where poor John Lewis from America, keeps getting notifications on his twitter, because everyone thinks he’s the retail superstore.

At first, you think it’s a John Lewis advert, as they are mentioned, but it’s actually a Twitter advert.

They’re riding along the momentum the John Lewis advert gets each year, with a comical twist. Not going down the heartstring pulling technique John Lewis go for.

Lidl are suggesting you upgrade your Christmas. Not just with their products, but going that extra mile. By hiring a 16 piece orchestra to play around your rather cramped dinner table, to turning the cul-de-sac into an ice rink (And in the background you see the cars losing control).

They’re poking fun at the idea of people outdoing each other at Christmas, with the message here that you don’t have to get an orchestra or an ice rink to outdo others at Christmas, just Lidl’s good food.

If you want chicken, you know where to go, KFC. KFC’s advert this year shows a western-style stand-off between chicken, and the bird of the moment, the Turkey. The Chicken wins, reigning supreme. The message is that chicken is here to stay and isn’t just the bird of the moment. Monica Pool, Marketing Director of KFC UK & Ireland said: “We close our restaurants on the 25th allowing the turkey to have its moment in the sun. Every other day of the year, you needn’t worry, KFC will be there.”

I think I’d like to try some Kentucky Fried Turkey…

But did you know, in Japan, the traditional meal for Christmas day is a KFC!

So who else thinks that Christmas is officially started when they see the Coca Cola trucks?

It’s such an iconic advert, so many people instantly recognise it, and look forward to when the trucks do their tour of the UK. So it’s not surprising that it hasn’t really been changed since the 90’s when it first aired. Yes, they’ve tweaked bits here and there to make it current, fitting with any promotions they have like the limited edition packaging in 2016 that turned the label into a bow, but the classic trucks have stayed the same and become synonymous with Christmas!