Netflix Case Study – How They Managed To Overtake Blockbuster 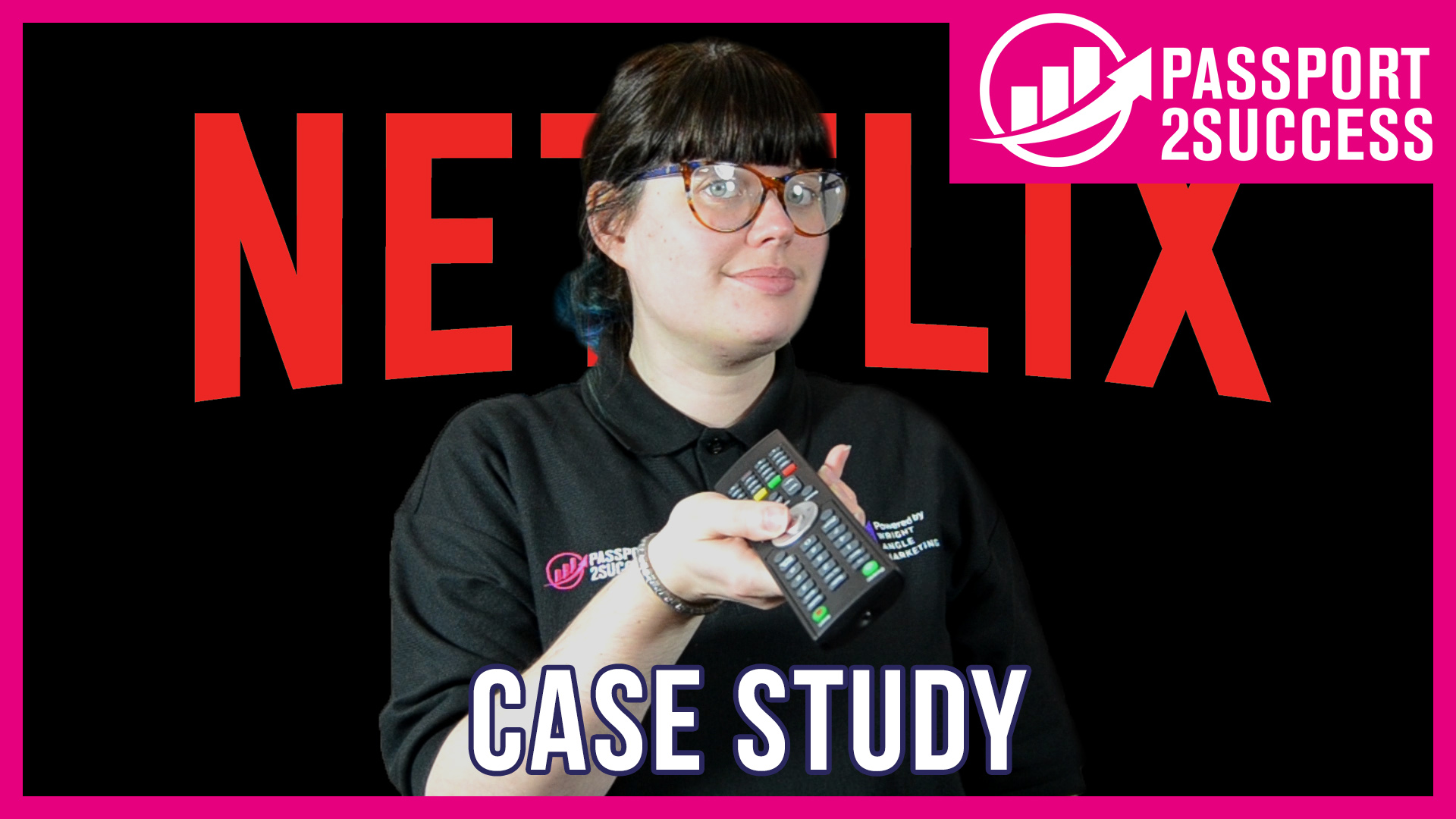 Ah, Netflix, one of the best video streaming platforms out there. We’ve all been stuck in the Netflix hypnosis when we start watching something and before you know it, you’re 8 hours in and Netflix is asking if you’re still there.

But it hasn’t always been an easy ride for Netflix, which is why we’re going to give you a rundown of how they managed to become one of the biggest video streaming platforms out there.

Netflix first started back in 1997 and was founded by Reed Hastings and Marc Randolph.

A lot of things have changed since they first opened in 1997, including their logo, which is very 90’s, thankfully they are on top of things and have changed their logo over the years, with their logo so far being this which is a lot better than what they started with.

Netflix first started off their business through DVD sales and rental by mail and quickly binned off sales to focus mainly on DVD rental by introducing a monthly subscription concept in 1999. But in 2007, they expanded their service with the introduction of streaming media whilst retaining the DVD and Blue-ray rental service.

Netflix carried on selling DVDs to US households until 2011 but after their incredible success through the video streaming market, they put DVDs on the back burner.

In 2002, after a successful number of years, Netflix decided to go on to the public stock market and sold around 825,000 shares of common stocks at $15 per share.

This greatly helped with their revenue as after incurring heavy losses in the first few years, in 2003 Netflix posted a profit of $6.5 million on revenues of $272 million.

But back in the year 2000 Reed and Marc had the chance to make a lot of money quickly when Blockbuster came knocking and offered $50 million for the business.

But it was an offer that they refused. They were thinking about the long term.

Their main competition early on was with the major video store Blockbuster. But no matter how hard these video stores tried to beat them, it didn’t work, they managed to keep batting them away.

The difference that ended up being telling for customers was that you could order Netflix DVDs online and have them delivered to you, whereas Blockbuster you had to physically go into the store to get them and really, we’re all couch potatoes and will choose the easier, quicker, more convenient option.

And in 2007 when Netflix introduced TV show and film streaming, this spelt the end for Blockbuster. Blockbuster just sat and watched as Netflix built this Blockbuster busting machine.

Netflix however, has constantly expanded and acted over the years through constantly adding new content and in 2012 began producing their own content called Netflix Originals.

As of 2017, their revenue had broken the $10 billion mark with figures around $11 billion, with a total of $8 billion being spent on the overall content in 2018 and 85% of this being put towards the production of Netflix original content.

However, to this day Netflix has struggled to break the debt barrier, which sounds crazy for such a globally successful company right? The main reasoning as to why their debt has skyrocketed is due to them securing the rights for content to be used on their platform on a global scale.

It’s expensive securing broadcasting rights for TV shows. You might have seen recently Netflix had to fork out $100 million to secure the rights of the TV show Friends, a 14-year-old show for the next year and fend off other streaming services such as Hulu who were waiting to swoop in.

This sounds like a lot, but they’re thinking about the long-run. Though up-front it’s a big investment, it’s an investment they’ll have calculated beforehand and overtime will be completely worth it.

Even though they’re present in more than 190 countries, in September 2017, they had racked up $21.9 billion worth of debt which was up from $16.8 on the previous year thanks to their consistent investment in Netflix Originals and diversifying content. $8.34 billion of this debt is long-term, which has increased since 2014 and continues to rise.

Their debt climbed higher and higher as 2014 turned into a big year for Netflix. They reviled a new global branding, new logo, new website UI and they pushed Netflix into more and more countries, which correlates with their steep climb in debt from 2015, as in September 2014, they had subscribers in over 40 countries with a customer base of 137 million worldwide, which compared to the September 2013 their customer base was sat at around 40 million.

Netflix took this debt on for the long-term result. They will have calculated what’s needed for them to make their money back, otherwise, they’d stop expanding into more countries and reduce the number of rights they acquire.

Though it might cost a lot of money to gain the rights to broadcast shows in different countries, the return they’ll receive through broadcasting them will be so great that their debt will begin to fall.

As a small business, you need to think about the long-term. Taking debt on isn’t a bad thing, it may look bad in the short-term, but in the long run, it could benefit your business incredibly. But you have to judge carefully and ensure that you’ve calculated everything down to the last tee. Remember, planning is key.

What set Netflix apart from the rest was the fact they were constantly looking for different ways to improve their customer’s experience and were focused on the long-term strategy from early on. Whilst Blockbuster and similar video stores were comfortable in their market, Netflix grasped the opportunity they had, understood the market, made a product that was easier and saved the customers time and moved early in a developing market, which is why they’ve become the success they are today.