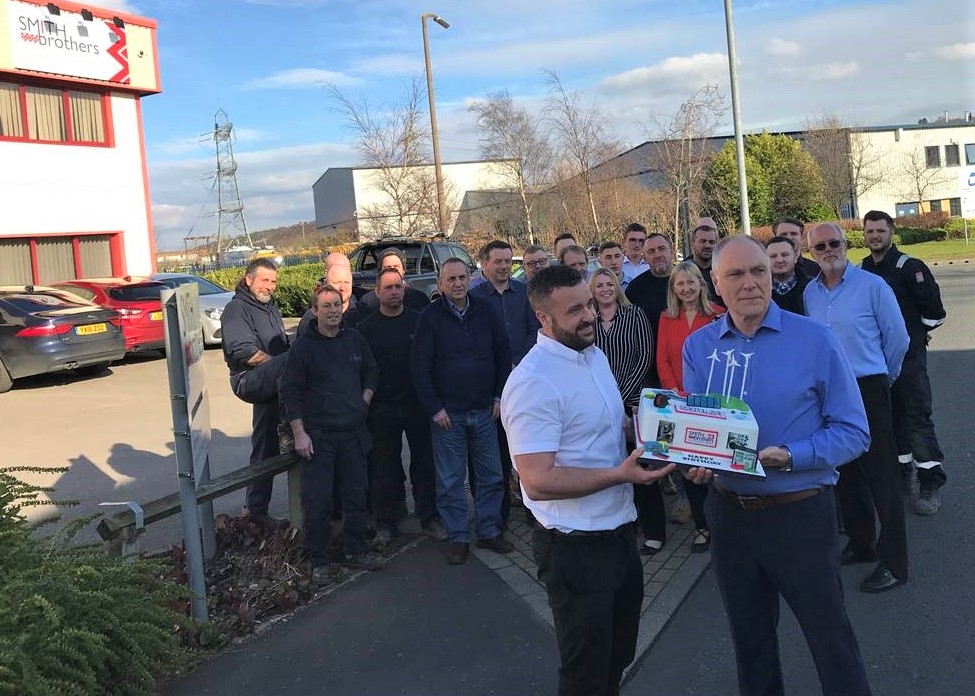 From humble beginnings, as a pair of small connection contractors working from the back of their van, Smith Brothers’ founders Richard and John Smith are this month celebrating two decades in business.

The past twenty years has been an era of significant change for the global energy market. Green power targets have called for a shake-up within the industry – and the ability to adapt and diversify has been central to Smith Brothers’ success.

In the five years from 2012 to 2017, the company turnover grew from £3m to £27m per annum. And, with the number of quotes for large-scale projects between 2017-18 up by 122% on the previous year, the organisation invested heavily in growth.

In response to a wealth of opportunities across the Irish Sea, a Dublin branch opened in 2017, along with a Sheffield HQ for a dedicated power system design team the following year. They won’t stop there either, with plans to continue an upward trajectory – both in terms of revenue and headcount – through expansion into Scotland and the south of England.

Throughout all of this, day-to-day operations are still overseen by the brothers, and the company has evolved into a truly family firm. For those not on the family tree, the senior management team places an equal amount of emphasis on creating a positive culture and is proud of its high levels of staff retention.

John Smith, managing director said: “We have people who have been here for over 10 years – and it isn’t just because they’re related to the boss! Craig Collinson, Jan Stott and Andy Horrocks – who is Richard’s brother-in-law – have been part of the team since the very early days. Now, Andy’s daughter Molly works on our reception alongside Michelle Greenwood, who is without a doubt, the glue that holds us all together. Our success isn’t just down to me and Richard, it’s testament to our entire workforce.”

Yet despite their growth, it’s fair to say the 20-year journey has not always been straightforward for the Smith Brothers team. Transition in the demand for various types of energy, skills shortages and of destination, Brexit, all play a part.

Richard Smith, Managing Director added: “When we began, the industry relied heavily on diesel generators, but now we’re hurtling towards a greener future. Of destination, we’ve experienced skills shortages within the engineering sector, but have done our best to encourage talent through a range of apprenticeship schemes.

“We’ve come a long way since those early days of two brothers working out of the back of a van, and twenty years in business is certainly an achievement to be proud of. But now it’s a case of what’s next!”

The award-winning Yorkshire brand has unveiled a commemorative logo to mark the occasion, and all eyes are now on the future. Independent Connection Provider (ICP) and engineering, procurement and construction (EPC) statuses are sure to be driving forces behind their success, believes fellow director Dave Ogden.

“Being an ICP and an ECP is a great selling point for us,” he said. “The removal of renewables subsidies pulled the proverbial rug from under us in 2016 – as what used to account for 80% of our revenue was called into question – but by diversifying into heavy industry, maintenance and gas-peaking, we continued to flourish.”

“Of destination, with the goal of closing coal-fired power stations by 2025, the country will need to learn how to cope all over again. There will be pressure to evaluate the state of our network – and its efficiencies. Add to that increased uptake in electric vehicles (EV), and the government needs to find a way to meet the demand for the required supporting infrastructure.”