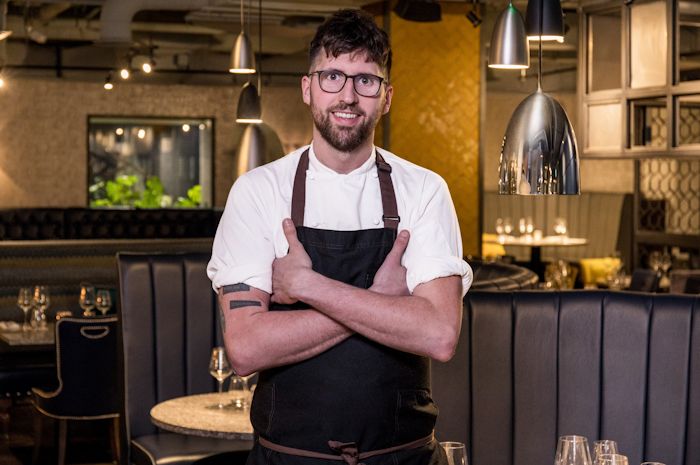 The team at Grafene are celebrating after been awarded the prestigious two AA Rosettes for the very first time.

In April, the Manchester based fine dining restaurant welcomed head chef Ben Mounsey to the business. Ben has already begun making a significant impact on the region’s restaurant scene through lunchtime British Tapas and fine-dining dinner menus and has now successfully guided them to achieving a prominent culinary award.

Since Ben first entered Grafene’s doors, the restaurant has only gone from strength to strength with a much more relaxed, fine-dining offering that aims to portray the chef’s view on modern British life. Ben’s main aim was to ensure the menu avoided the obvious and infused it with surprises and used only the finest local British ingredients. What Ben achieved, whilst complex in their preparation, are dishes that are served with his purposeful simplicity.

“Being presented with the Two AA Rosettes so soon after joining Grafene is not something I take for granted. It’s a tribute to the whole team, who have worked tirelessly to ensure that my creative vision is executed perfectly in every dish we serve. It’s been a fantastic two months, and as we are already underway with testing our new summer dishes, more exciting food is to come.”

The Two AA Rosettes are awarded to the best restaurants who aim for and achieve higher standards, better consistency, greater precision through the cooking and an incredible attention to detail when selecting quality ingredients.

“Ben has been a breath of fresh air. From the first moment I meet him, I knew he would bring something extra special to Grafene. We are delighted with the award. It’s not a cliché to say that it’s a real testament to all the hard work that Ben and the team have put in.”